An Autumn Day at Batsto Village in Wharton State Forest

Last Sunday, I went to see historic Batsto Village in Wharton State Forest. From the late eighteenth century through the nineteenth century, Batsto was the site of a succession of industries, including an iron works, a glass works, and a sawmill. The village once housed those who worked at these industries and their families, but by the first half of the twentieth century Batsto had ceased all industrial operations and the village was mostly abandoned. So in the late 1950s the state of New Jersey purchased the property, renovated the buildings, and opened Batsto Village to the public as a historic site.

My dad and I visited Batsto during their annual Country Living Fair, and despite the fact that it was a chilly, windy day (and there was a football game on at the time), the village was packed with people. There were booths with food and crafts for sale, but I was mostly interested in exploring the village buildings. Our first stop was the village store, where old bottles, tins, and boxes had been arranged behind a wire barrier to replicate the shop's nineteenth-century wares. 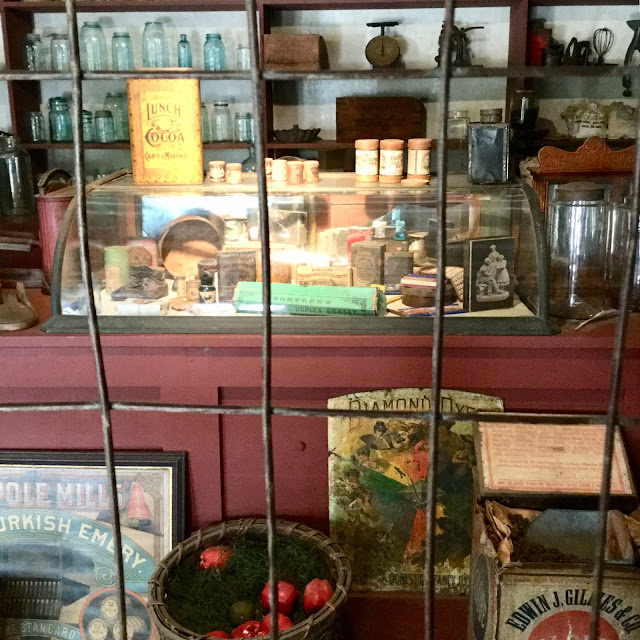 Next we came to the old sawmill, which was open but only barely renovated: sand and dirt covered the floors, and though stairs that led to a basement level had a sturdy handrail, their steepness and the sand made them alarmingly slippery. I don't think I would have liked to go down there on a day when the village was empty, for fear of an accident! 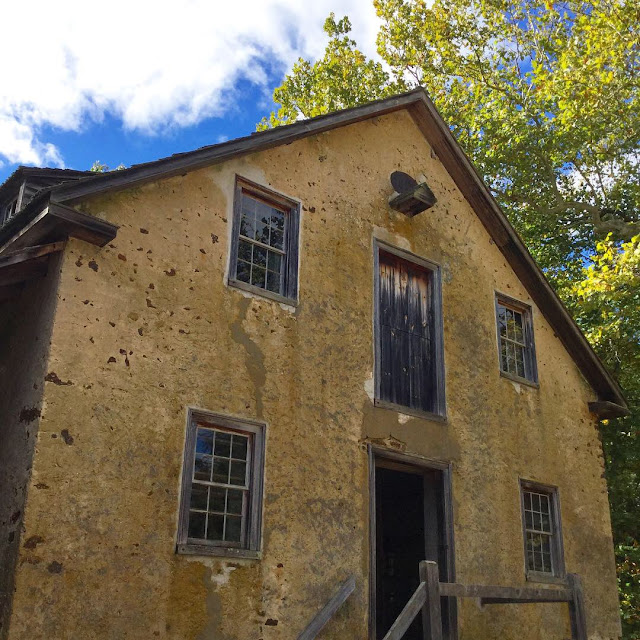 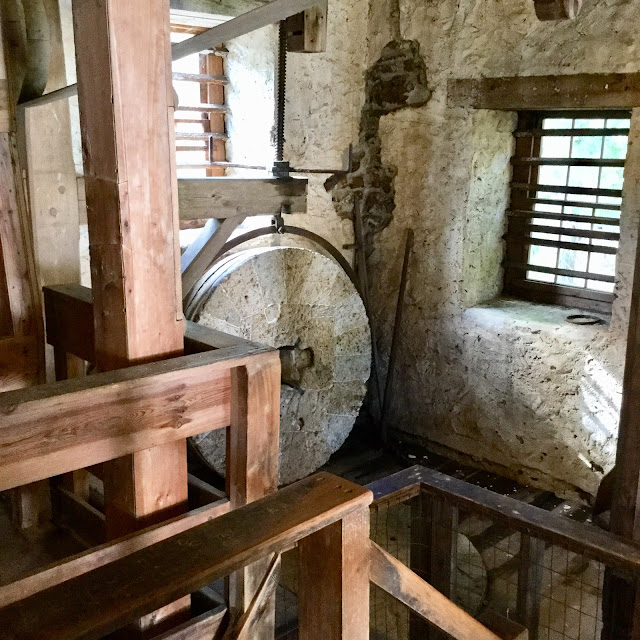 We then headed over to the mansion, which was once inhabited by Batsto's wealthy owners. The interior was open to the public via guided tours, but our visit fell between time slots, so I only saw the exterior. I'd like to go back another time to see inside, and to get some more pictures when it's less crowded--the mansion's porch was a popular rest spot for the fairgoers, and it was difficult to get a shot without any people in it! 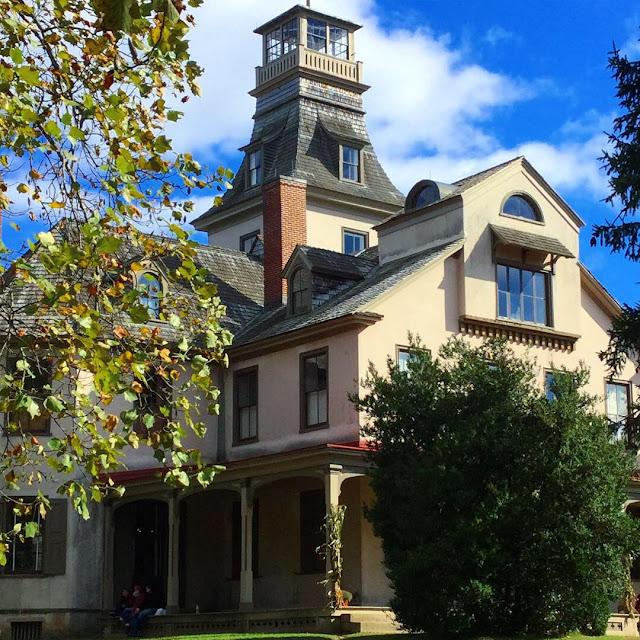 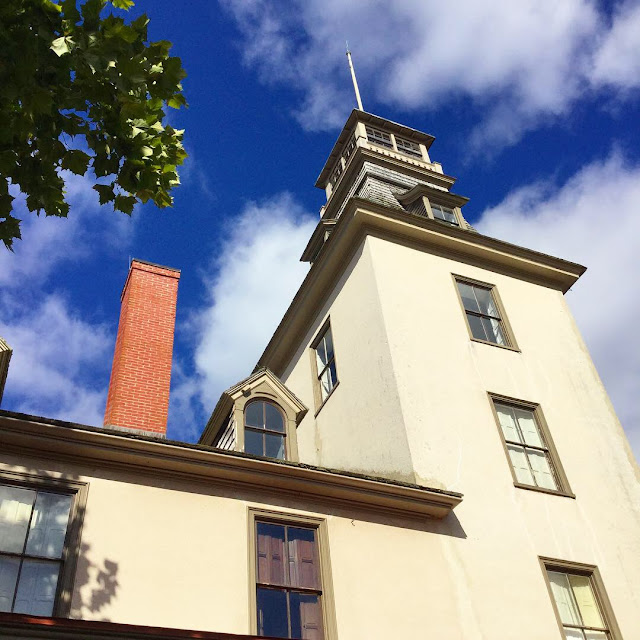 After seeing the mansion we headed over to the workers' cottages. These were set a bit further away from the main village buildings, and we had to cross a small bridge over the Mullica River and Batsto Lake to get to them. Batsto is part of Wharton State Forest, which in turn is part of the New Jersey Pinelands National Reserve, so the village is surrounded by areas of natural beauty. Of course many of the trees were evergreen pines, but a few deciduous trees were starting to change color for the autumn. 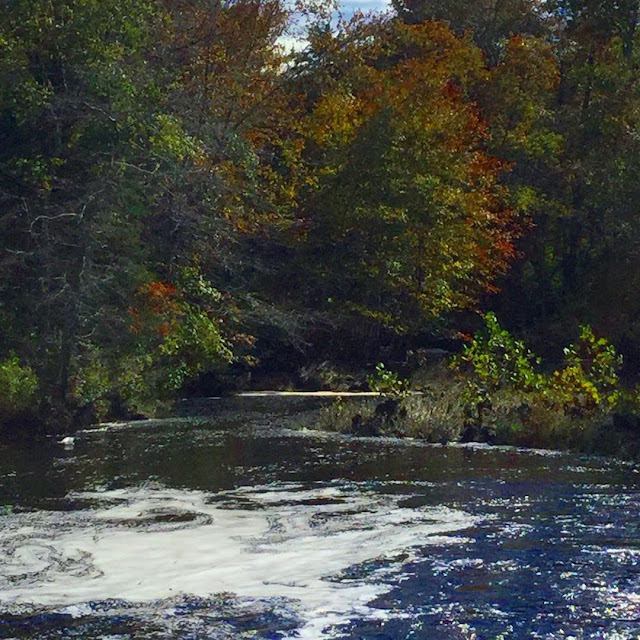 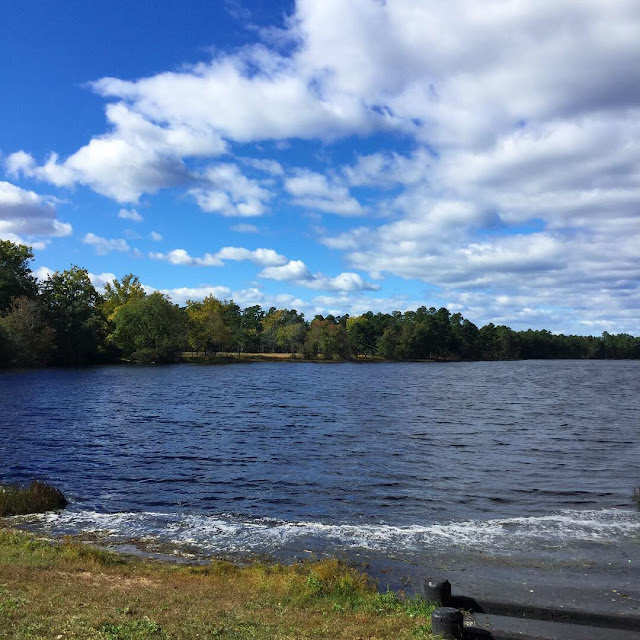 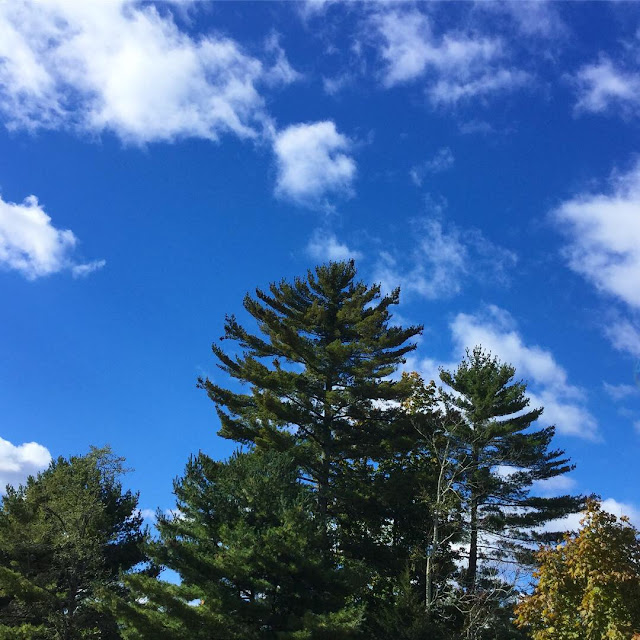 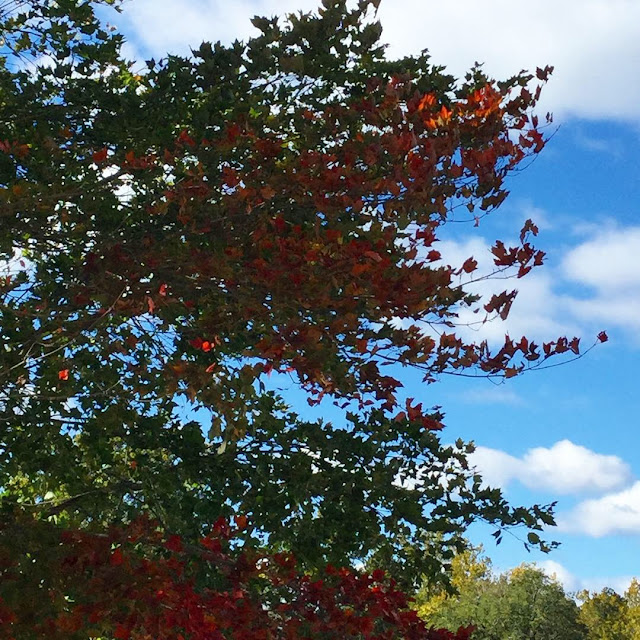 The workers' cottages were lined up in two rows opposite each other, with a dirt path in between. They were nearly all identical, with their symmetrical facades and weathered wooden siding, and several were open to peek inside. I found this part of the village the most haunting, perhaps because these buildings were once homes, or perhaps because they were further away from the hustle and bustle of the fair. Even with a few groups of people about and the sounds of the fair not far off, it felt a little eerie here. 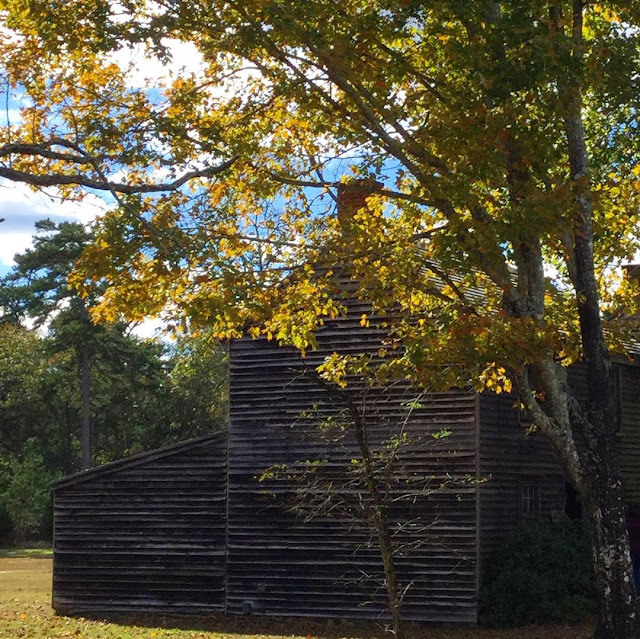 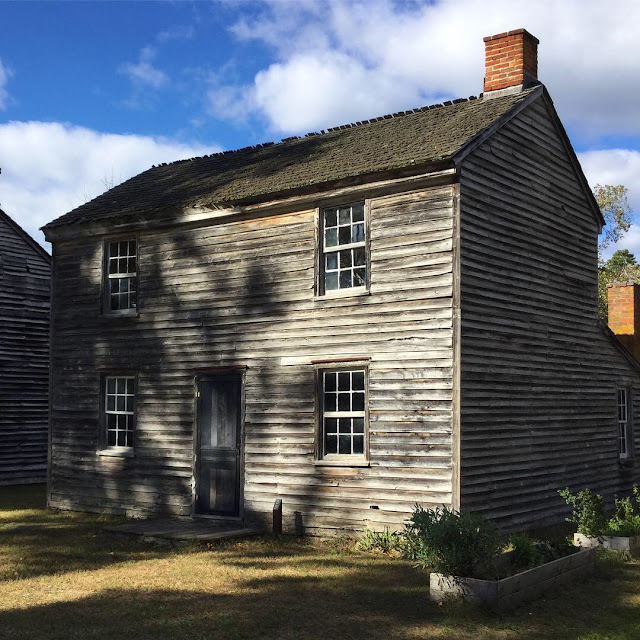 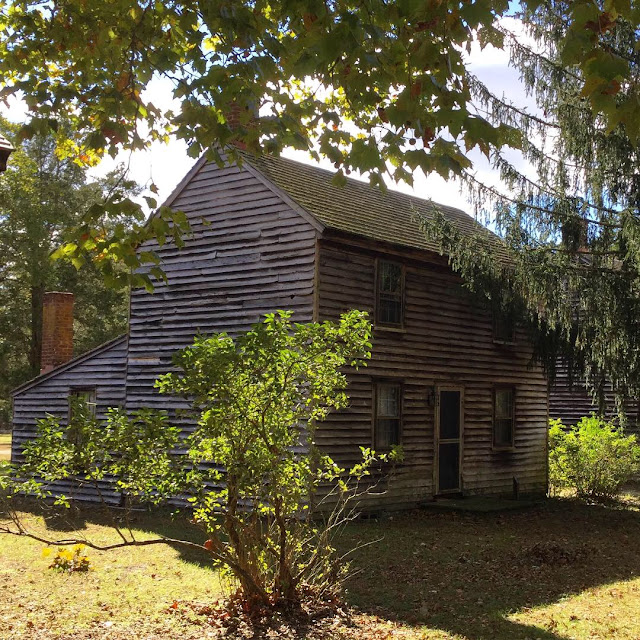 There was more to see in the village that I didn't capture, and more still that I didn't get a chance to see myself. I'm curious to see how the atmosphere of the village changes when it's more empty, so I'll plan a return visit for a quieter day to give myself a chance to really take everything in.