My favorite genre of television is the dramedy, and I have a particular fondness for those set in quaint locations throughout the British Isles. With their beautiful scenery, lovably eccentric characters, and slightly zany plots, they're just the right thing to watch when you want to spend a cozy evening in pure relaxation. Here are three of my all-time favorites, set in Ireland, England, and Scotland: 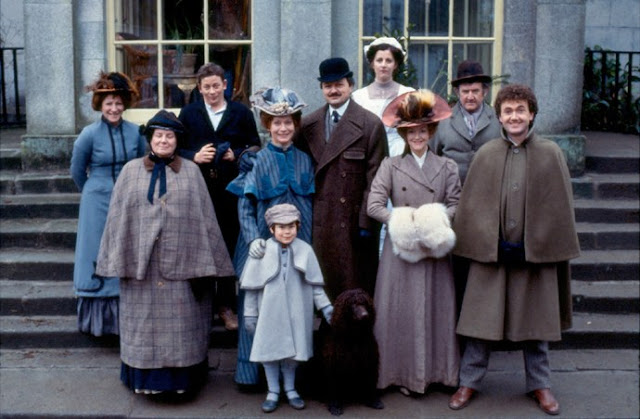 Based on the books by authors Somerville and Ross, this series follows Englishman Major Yeates after he moves to Ireland to become a resident magistrate (essentially a county judge) at the turn of the twentieth century. The move is a bit of a culture shock for the amiable but somewhat stuffy Major, as he deals with his dramatic cook Mrs. Cadogan, the wild horse dealing schemes of his friend and neighbor Flurry Knox, and the colorful characters who appear before him in court. The plots lean more towards comedy than drama, and often have an almost Wodehousian sensibility. I can vouch for the fact that the first series is very faithful to the first book, Some Experiences of an Irish R. M. 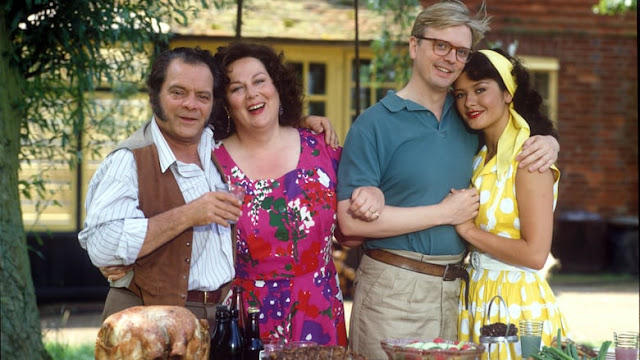 This series focuses on the lives of the Larkin family, who live in on a farm in Kent in the late 1950's. There's Pop and Ma, who head the family with love and humor, their attractive grown daughter Mariette, romantic teenage daughter Primrose, moody teenage son Monty, mischievous twin daughters Petunia and Zinnia, and fun-loving youngest daughter Victoria. The plots focus on Pop's unconventional business endeavors, the romantic entanglements of Mariette and Primrose, and the Larkins' role in the social life of their rural village, with each episode telling half of a two-part story. While the first season is almost entirely comedic, the first Christmas special takes more of a dramatic turn, and subsequent episodes balance both comedy and drama. However, the drama is never dark, and all the stories have happy endings. While I haven't read the novels by H. E. Bates on which the series was based, the author's son was the executive producer. 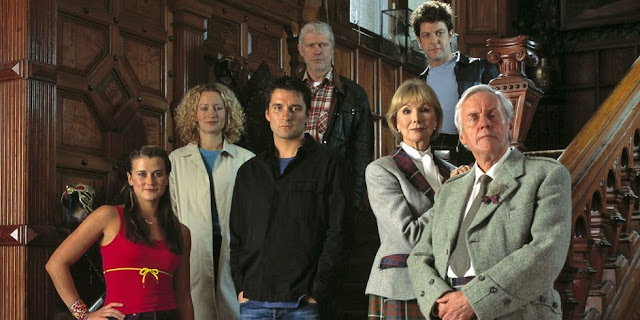 Up and coming restaurateur Archie MacDonald is called back to his ancestral home of Glenbogle in the Scottish Highlands to save the estate from foreclosure. However, his attempts to make the estate more profitable are hindered at seemingly every turn: his eccentric and traditional father doesn't want anything to change, his mother is supportive in theory but not particularly helpful in practice, and the tiny staff of three people feels put-upon. He also runs into opposition from the locals, who feel that Archie is putting the MacDonald family fortune above the needs of the community. Add an abundance of traditional events, harebrained schemes, and complicated love affairs into the mix, and you have enough to drive anyone mad. Worth noting: the series starts with a light tone that takes a more dramatic turn at the end of season three, and struggles to regain its footing through major cast changes in seasons four and five. However, more humor returns to the series in series six, particularly with the introductions of the characters of Donald and Ewan.

Categories: Anglophilia, Dramedies, Monarch of the Glen, Television, The Darling Buds of May, The Irish R. M., TV Recommendations