In previous years, I've shared my favorite mystery and fantasy reads for the Christmas season. I quite enjoy genre fiction, but I also love what I call "vintage light fiction"--books written decades ago that are fun, breezy reads set in an idealized version of the real world. Over the years I've collected a few volumes of Christmas stories of this type, and in this post I'll share three of my favorites. 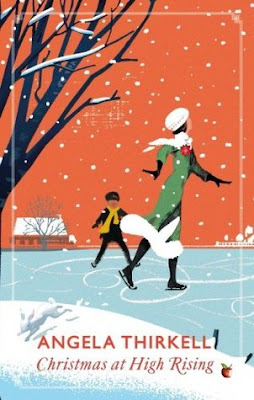 Angela Thirkell's books are new favorites I've discovered in the past couple of years, thanks to a line of reprints from Virago Modern Classics. Written in the first half of the twentieth century, Thirkell's books typically focus on the residents of quaint English villages or country houses, and usually feature some romantic entanglements. Christmas at High Rising compiles several short stories that Thirkell originally wrote for magazines--despite the title, only a couple are specifically set at Christmastime, but they all have some festive or jolly element that makes them pleasant reading for this time of year. Fans of High Rising will be especially pleased to reconnect with the Morland and Knox families in half of the stories, although you don't need to have read the novel to enjoy them.

Chrismas at Fairacre by Miss Read 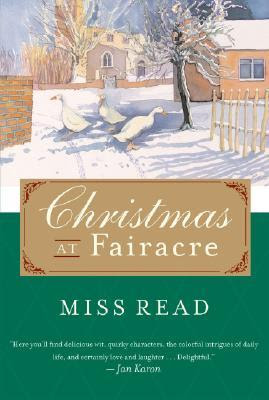 Miss Read is the protagonist of the Fairacre series and the pseudonym of Dora Jessie Saint, who based the books on her experiences teaching in a two-room schoolhouse in a small English village in the middle of the twentieth century. However, Christmas at Fairacre doesn't focus on Miss Read, as most of the novels do, but on other characters in and around the village of Fairacre. This collection contains three tales that straddle the line between short stories and novellas, and chronicle the arrival of a new baby at Christmas, the adventure of a young boy who impulsively runs away on Christmas Eve and finds comfort with a local family, and a schoolteacher's vicarage holiday with her brother, niece, and nephew.

Christmas with Anne and Other Holiday Stories by L. M. Montgomery 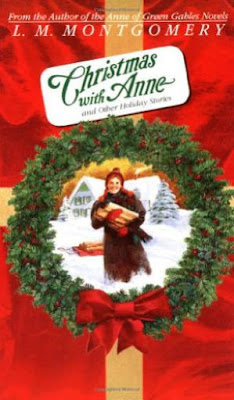 I first received this collection of Christmas stories as a present over a decade ago, and I still enjoy rereading them now. As the title suggests, the anthology contains Christmas-themed excerpts from L. M. Montgomery's beloved Anne of Green Gables series as well as short stories Montgomery wrote for magazines around the turn of the last century. Most of the stories are set at Christmas with a handful taking place at New Year's, and they all feature the gentle humor and warmth familiar to readers of the Anne books.