Spooky Reads Set at Halloween for YA & Up

When I was growing up, I had a handful of Halloween picture books that I would read every year as Halloween approached. Now that I'm older, I've also discovered a handful of atmospheric books for young adults and adults that take place on or around Halloween, and every few years when October rolls around I'll return to one or more of them for bedside reading to help get me in the spooky mood. Here are my favorites: 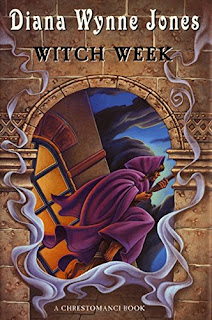 The "witch week" in this book's title refers to the week between Halloween and Guy Fawkes Night, a British holiday that marks the arrest of Guy Fawkes for attempting to blow up the Houses of Parliament. In Jones' novel, witch week is a particularly potent time for magic--which is problematic in a world where using magic is illegal. The book follows several students at a boarding school for witch orphans, or children whose parents were convicted of using magic, as they come into magical power and try to use it surreptitiously without being caught by school officials. As I wrote in my post on Diana Wynne Jones book recommendations for popular fandoms, Witch Week tackles some of the same themes as the Harry Potter series in a more nuanced fashion, and predates J. K. Rowling's books by almost twenty years. 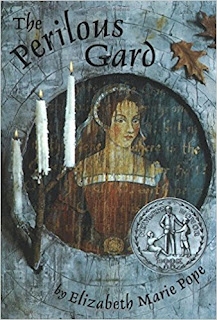 When lady-in-waiting Kate Sutton is exiled to a remote estate for crossing Queen Mary I, her punishment is meant to be one of solitude and loneliness. But at the Perilous Gard, Kate soon faces trials of a more intense nature when she and Christopher Heron, her new guardian’s younger brother, become entangled in the affairs of the Fairy Folk. The novel's climactic scene on Halloween follows the old ballad "Tam Lin" very closely, although the preceding events are quite different. Pope's depiction of the Fairy Folk and their underground abode is deeply atmospheric and leaves the reader questioning whether or not the "fairies" are in fact supernatural beings. (Description originally written for Sparrow Tree Square.) 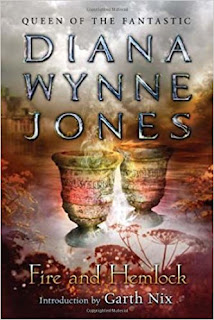 Is it possible to have two sets of memories? Polly Whittacker, who believed that her life so far had been perfectly ordinary, faces this possibility when she begins recovering memories of strange events surrounding a man named Tom. As Polly remembers more and more about her relationship with Tom, she becomes determined to find him–and rescue him from the deadly peril he faces from the Queen of the Fairies. Halloween is a significant time at more than one point in the book, including the climax. And like in The Perilous Gard, the ballad of "Tam Lin" inspires the story, with key elements of the ballad are present in the novel's end sequence. (Description originally written for Sparrow Tree Square.)


Prince of Darkness by Elizabeth Peters 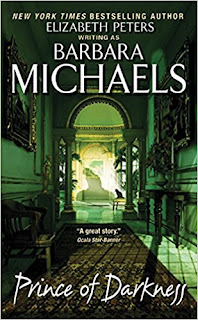 When Peter Stewart arrives in Middlesburg, Maryland with  secretive agenda, he at first seems like the unsettling element in the picturesque small town. But Middlesburg hides dark secrets beneath its charming surface--secrets that date all the way back to the town's founding in the seventeenth century. Peter becomes acquainted with local folk scholar and author Kate More and her cousin Tiphaine, and as Halloween approaches he begins to uncover the hidden evil in the town's past and present. A bit of a warning: Barbara Michael's books are all somewhat unsettling in parts due to their supernatural elements, but this one deals with darker subject matter than usual including *spoiler* cults and devil worship, although nothing overly graphic takes place.