Sentimental and Inspirational Quotes from Winnie-the-Pooh 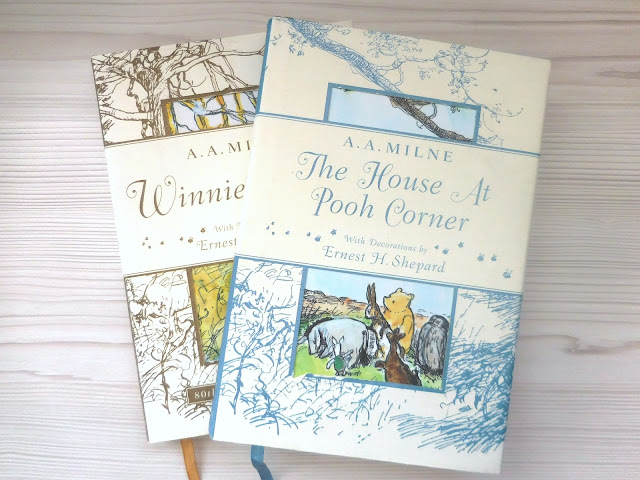 Last week, Goodbye Christopher Robin--an A. A. Milne biopic about the writing of the Pooh books--opened in the United States. I love the Pooh books in particular and Milne's work in general, so I'm very interested to see the film when it's eventually released on DVD, since I'm not a big fan of going to movie theaters. Until then, I've been reading articles about and reviews of the movie online, and to my dismay one of the latter used a quote that's commonly falsely attributed to A. A. Milne--as a matter of fact, it's a quote I previously debunked in a whole post about how some of the most popular "Milne" quotes online aren't from Milne at all.

Since there are many quotes actually from the Pooh books that are worth sharing (far more worthy, in fact, than the falsely attributed ones) I thought I'd share some here. As most of the widely-circulated false Milne quotes are sentimental or inspirational in nature, I chose quotes of a similar theme for this post--although there are several hilariously witty passages in the Pooh books that are just as worth sharing as well.

Christopher Robin was sitting outside his door, putting on his Big Boots. As soon as he saw the Big Boots, Pooh knew that an Adventure was going to happen, and he brushed the honey off his nose with the back of his paw, and spruced himself up as well as he could, so as to look Ready for Anything.

Winnie-the-Pooh
Chapter Eight: In Which Christopher Robin Leads an Expotition to the North Pole


"Do go and see, Owl. Because Pooh hasn't got very much brain, and he might do something silly, and I do love him so, Owl. Do you see, Owl?"

Christopher Robin, Winnie-the-Pooh
Chapter Nine: In Which Piglet Is Entirely Surrounded by Water


But, of course, it isn't really Good-bye, because the Forest will always be there . . . and anybody who is Friendly with Bears can find it.

A. A. Milne, The House at Pooh Corner
Contradiction


". . . Poetry and Hums aren't things which you get, they're things which get you. And all you can do is to go where they can find you."

Pooh, The House at Pooh Corner
Chapter Nine: In Which Eeyore Find the Wolery and Owl Moves Into It


So they went off together. But wherever they go, and whatever happens to them on the way, in that enchanted place on the top of the Forest, a little boy and his Bear will always be playing.

The House at Pooh Corner
Chapter Ten: In Which Christopher Robin and Pooh Come to an Enchanted Place, and We Leave Them There

Categories: A. A. Milne, Books, Movies, Winnie the Pooh