After getting more of a handle on the additional beds we added to my family's garden the year before last, I went into this planting season with a little more confidence. Like last year, I stuck with annuals that didn't require deadheading, but I selected a mix of plants that are drought-tolerant and those that need regular watering. I even added a couple more pots to the landscape, and forayed into completely unknown territory with two new perennial flowers.

Both the perennials I added happened to be roses. One was a variety I've had my eye on since last year--Marie Pavie. I was attracted by the rose's pretty, old-fashioned flowers, thornless stems, and easy-care reputation. So far it's been an unfussy addition to the garden, and I love the abundance of pink buds that open into small, blush-colored blossoms. 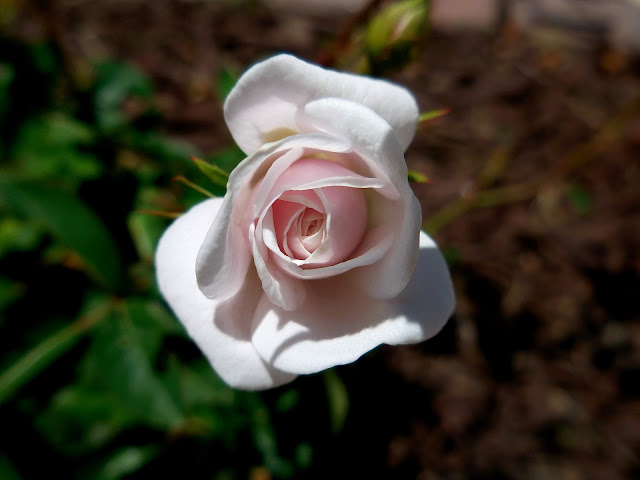 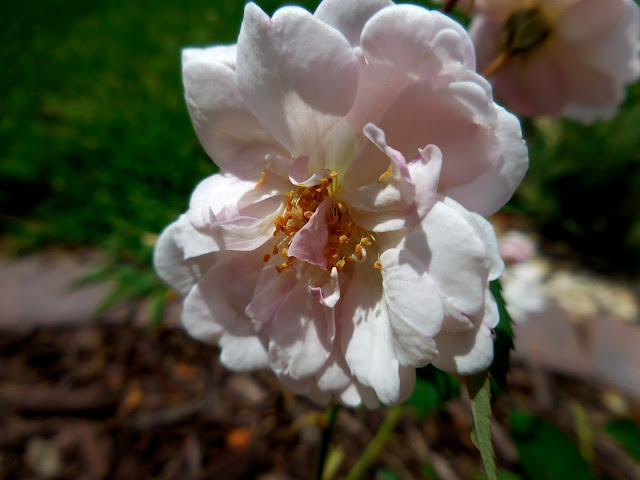 The other rose I acquired was actually the miniature potted rose my family gave me for my birthday. Gift plants like these can be hit or miss when it comes to longterm growth in the garden, but this rose is absolutely thriving. I was going to wait until fall to transplant it to a bigger pot, but it grew so quickly that I had to repot it already this spring! 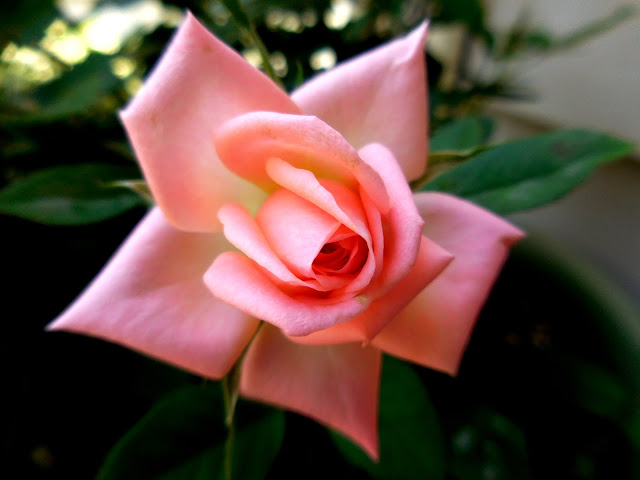 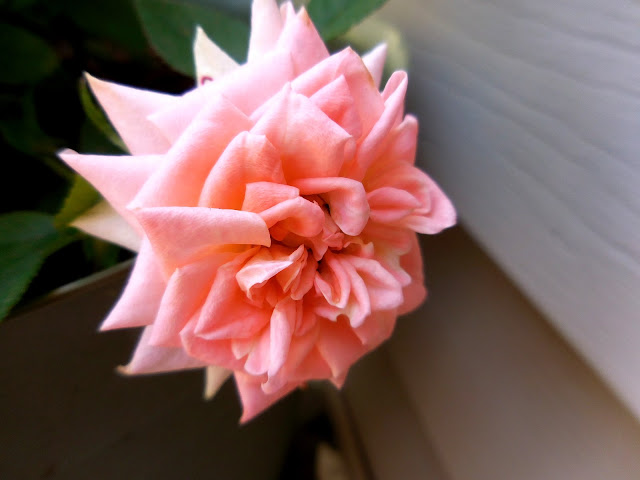 For annuals, I had a mix of old favorites and new varieties. One big success I had this year was in reintroducing impatiens to the garden. Impatiens have been blighted by downy mildew for years now, and the last time I tried to grow them they succumbed to the disease. This year, I took a chance on a gorgeous, deep pink double impatiens I spotted at the garden center. We planted it in a hanging basket away from the site we last had impatiens, and as of this writing there's no sign of downy mildew. 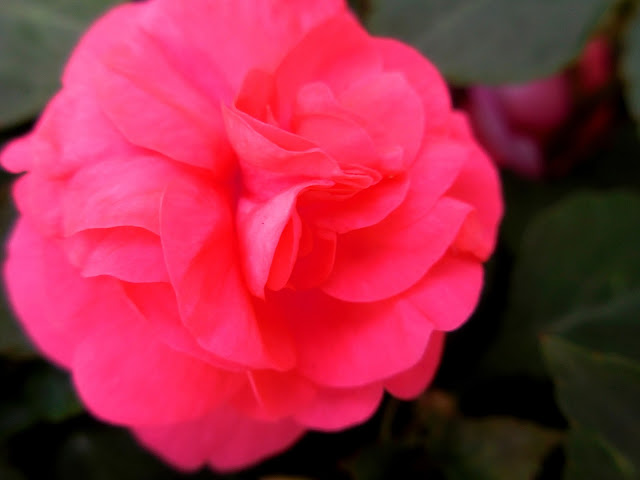 Begonias are another old favorite. The intense pink hue of these stood out to me at the garden center, and they add a nice pop of color to the garden. 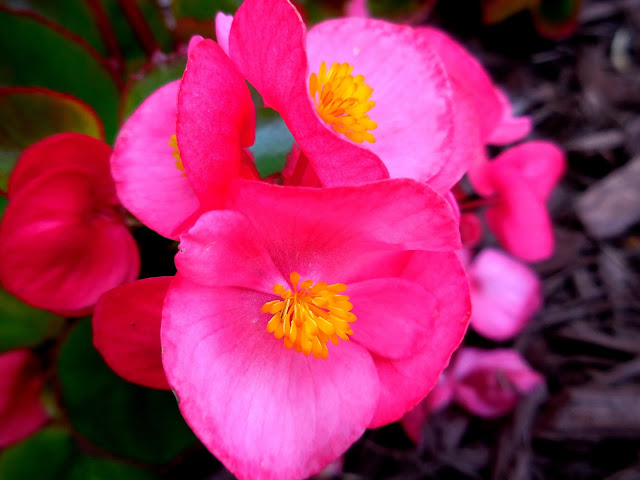 We've had calibrachoa, or mini petunias, several times before. These yellow ones are so summery and cheerful, spilling out over the rim of their pots. 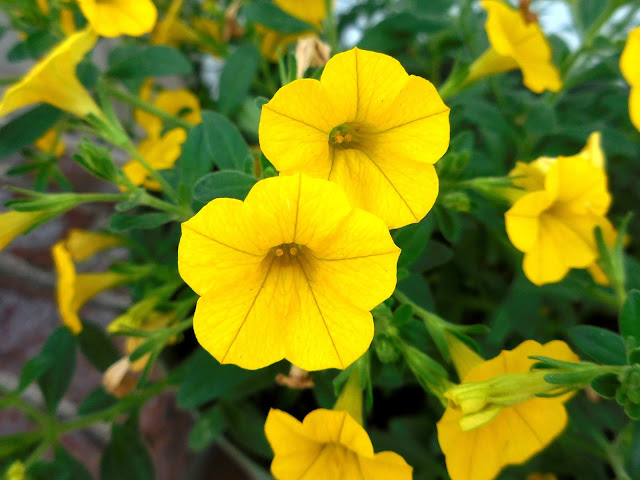 We paired verbena in pots next to the mini petunias, and I couldn't be more pleased with the result. I've never planted verbena before and was a little concerned by the lack of blooms early in the seasons, but they really exploded towards the start of summer. I think this purple speckled variety is adorable and unusual. 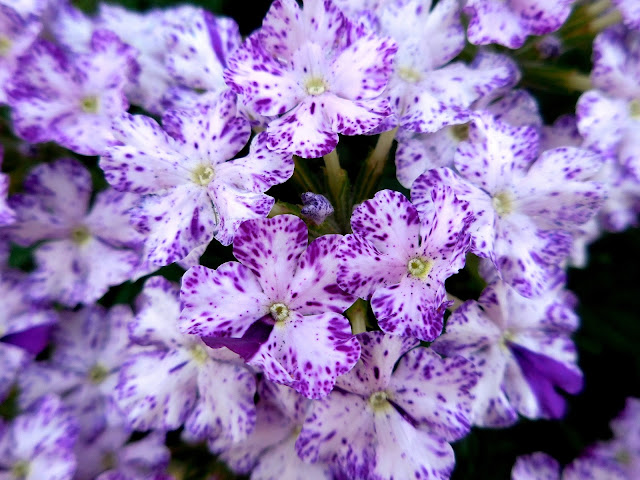 Lantana is another new plant for us. I had intended to plant pentas by our front walkway again, but the ones at the garden center this year didn't look very healthy. I'm just as pleased with these lantana, which have bright, multicolor blossoms of yellow and purple-pink. Both the lantana and verbena self-clean, leaving no unsightly dead flowerheads behind. 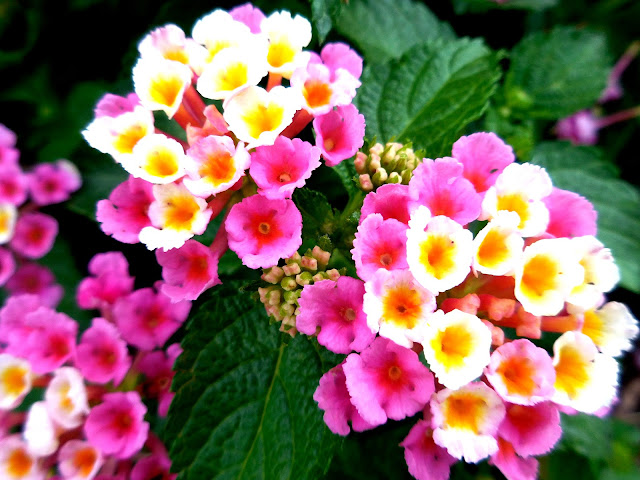 Speaking of faded flowers, the lavender we planted last year is proving troublesome in this regard. The plants that survived root rot last year seemed to be doing well this spring, doubling in size and getting lush, new foliage. We replaced the plants that had died and had a beautiful display of blue-purple blooms in June, but then the flowers faded. Trimming everything back only seemed to encourage the new plants to rebloom, and the old ones are still struggling with yellow and brown foliage despite replacing the surrounding mulch with gravel and refraining from watering. We'll probably take the lavender out this fall and replace it with something a little easier. 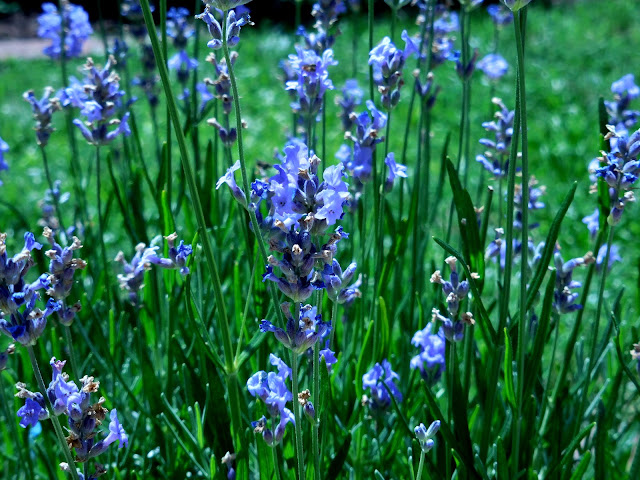 Finally, a bonus plant! Our local garden center was giving away free annual black-eyed susans, so I took one home and put it in a pot. I've never grown these before and have always shied away from plants with daisy-like flowers on the assumption that the blooms will fade and need frequent cutting, but this plant proved me wrong. As far as I can tell, the flowers just don't fade, because I've never seen a dead one on the plant! 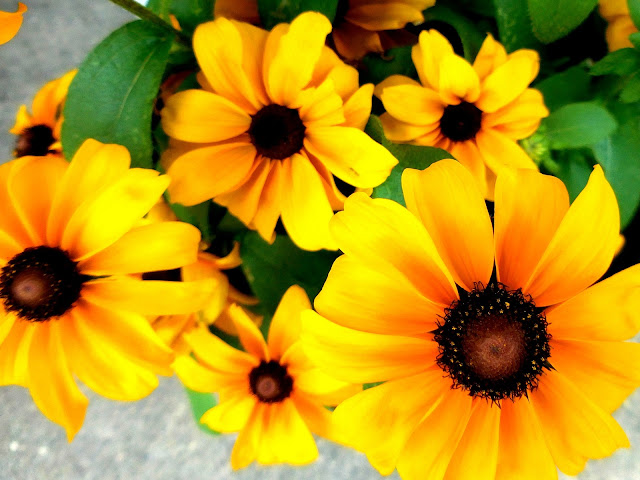