The Flowers That Bloom In the Spring, Tra La 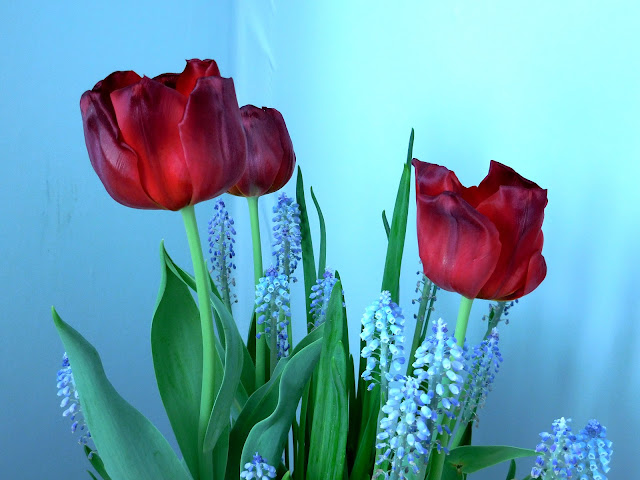 Note: This post title references a song from Gilbert and Sullivan's Mikado.

For the past couple of years I've found winter a difficult season to get through. On the New Jersey coast we usually enjoy fairly mild winters, but last winter and the winter before were unseasonably and bitterly cold. While this winter has been much more like the old norm, I still miss the brightness and warmth of spring, summer, and early autumn. But thanks to an early Valentine's Day present from my family, I got to have a touch of spring in February with potted bulbs. 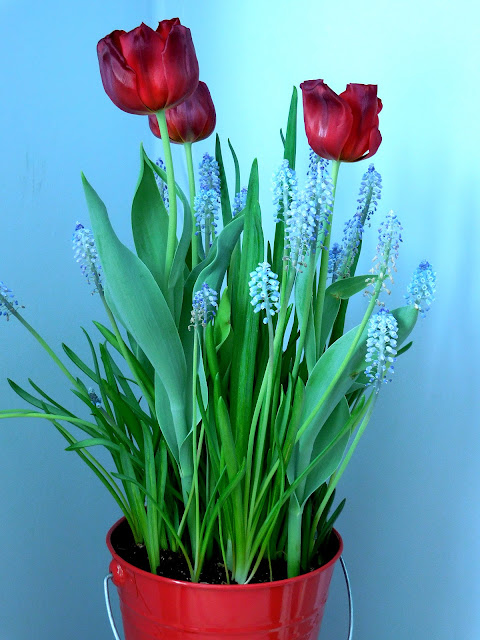 This red pail of forced bulbs from HearthSong arrived the first weekend in February with a few green sprouts already emerging. Since I'm new to growing bulbs both indoors and out (I planted some tulips this fall that will hopefully come up in April or May), I read up on caring for forced bulbs and followed the most common advice. Upon arrival I placed the pail in the coolest corner of my room in indirect sunlight, and a week later the foliage was so well-developed that I was able to move it to my windowsill, which receives direct morning sunlight filtered through a semi-sheer curtain. A week after that, the flowers were budding and soon in bloom. 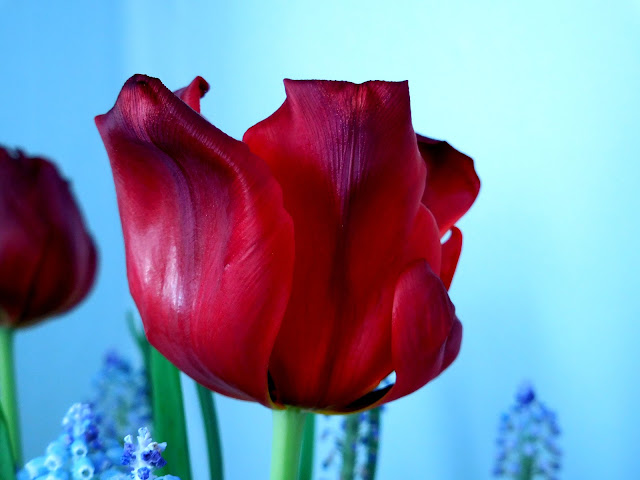 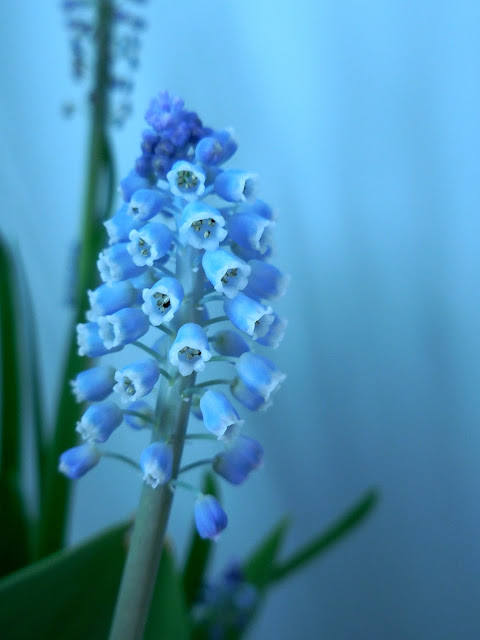 I love how bright and cheery the red tulips and periwinkle grape hyacinths look together. The assortment was supposed to include mini yellow daffodils as well, but they have yet to make an appearance. Whether this is due to my treatment or if they were simply duds I can't say for sure, but hopefully they're just taking their time. If they do pop up, I'll try to take additional pictures and update this post!

I highly recommend the potted bulbs from HearthSong to anybody who longs for spring in the dreary days of late winter. They're easy to care for even for bulb newcomers like myself, and the long period of storage and chilling necessary to force bulbs is already done for you when they arrive. And just like in the Gilbert and Sullivan song, they really do breathe promise of merry sunshine!