I've read and enjoyed many books by the late fantasy author Diana Wynne Jones, and I'm continually amazed that her works haven't amassed as large a fan following as other fantasy and science fiction books and television series. Jones' books are every bit as imaginative and inventive as the worlds beloved in other series--perhaps more so, since most of Jones' books were written long before similar series came into being. To highlight this fact and hopefully encourage more fantasy and sci-fi fans to delve into Jones' work, I've picked a Diana Wynne Jones book to recommend to five popular fandoms: 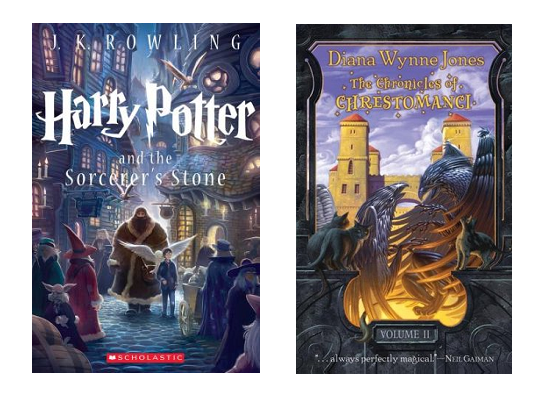 Both J. K. Rowling's Harry Potter series and Diana Wynne Jones' Witch Week (the second novel included in the Chronicles of Chrestomanci Volume II) focus on schools for children gifted with magic in worlds where there's a sharp divide between magic-users and non-magic-users. In my opinion, Jones' earlier-written take on the division between the two groups--and the consequences of that division--is more nuanced and thought-provoking than Rowling's later treatment of the same subject.

Doctor Who and A Tale of Time City 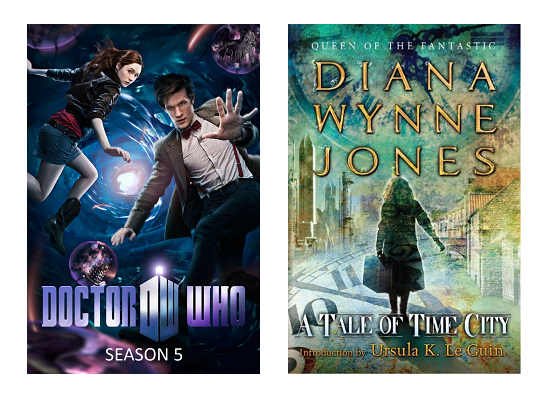 If you love Doctor Who and all of its wibbly-wobbly, timey-wimey stuff, you'll also love Diana Wynne Jones' A Tale of Time City. When a young girl called Vivian Smith is evacuated to the country at the outbreak of World War II, she's kidnapped by two boys from Time City, which exists outside of time and space. The boys think Vivian is the legendary Time Lady who can save Time City from breaking down due to disruptions in history, but even after correcting their mistake Vivian decides to help out anyway--the resulting adventure is as exciting and surprising as one of the Doctor's season-ending escapades.

Twilight and Fire and Hemlock 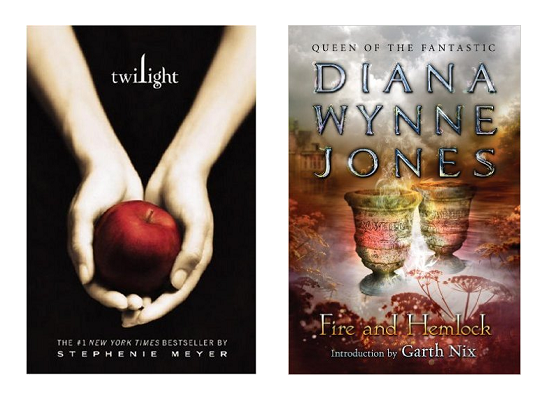 Stephenie Meyer's Twilight books and Diana Wynne Jones' Fire and Hemlock both follow teen girls as they deal with supernatural forces that threaten to keep them from their seemingly-fated true loves. While Twilight draws on vampire mythology and Fire and Hemlock takes its inspiration from the Scottish ballad "Tam Lin," the tone of Meyers' series and Jones' book are quite similar and their respective protagonists Bella and Polly are kindred spirits in many ways.

Once Upon a Time and Howl's Moving Castle 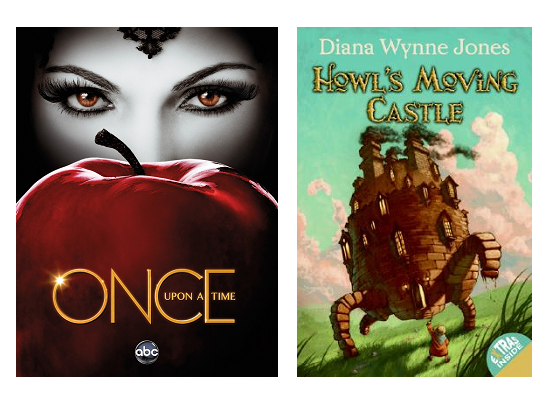 Bonus: The Hunger Games and The Homeward Bounders 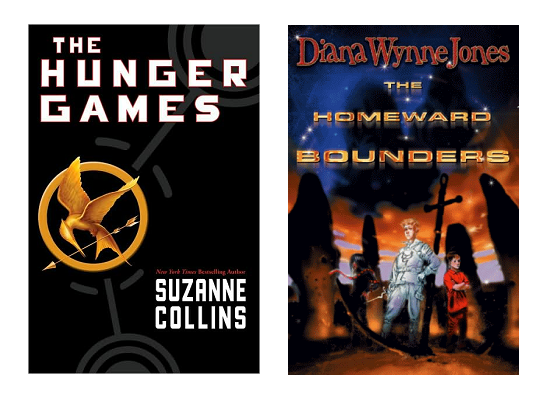 I'm including this pairing as a bonus since I haven't actually read either book, but both stories focus on adolescents who are forced to play large-scale games by a powerful groups against whom the protagonists eventually revolt.