Today is Saint Nicholas Day, the day that my family has taken to herald the beginning of our Christmas decorating. We've put up our decorations as early as Thanksgiving and as late as a week before Christmas, but in recent years we've settled into a pattern of cleaning and decking the house during the week between Saint Nicholas Day on the 6th and Saint Lucia's Day on the 13th.

Ever since I first researched Saint Nicholas Day traditions I've wanted to make gingerbread cookies for the holiday, since they're a sweet associated with Saint Nicholas festivities in many countries. Every year I've put it off due to being busy and a bit intimidated by making roll-and-cut cookies, which I've never personally made and which we hardly ever made in my family. This year, though, I had some time and felt more practiced in baking, so I fetched out a couple of cookbooks, chose a recipe, and gave it a whirl!

I was pleasantly surprised by how easy the whole process was, and how perfect the cookies came. I used a recipe from The Williamsburg Tavern Cookbook, substituting 1/4 cup maple syrup for the same amount of molasses because I didn't have the latter on hand, adding an extra 1/2 cup of flour since the einkorn flour I used is naturally moister than regular all-purpose, and tinkering with the spice mixture. While the recipe I used called for creaming the butter and sugar together, I actually followed the method of a gingerbread recipe in Williamsburg's Raleigh Tavern Cookbook, which called for melted butter. After mixing the dough by hand and chilling it in the fridge, I rolled it and cut it with fluted and heart-shaped cookie cutters. We don't have any Christmas-shaped ones, but the hearts are actually a traditional shape for Scandinavian Christmas cookies. 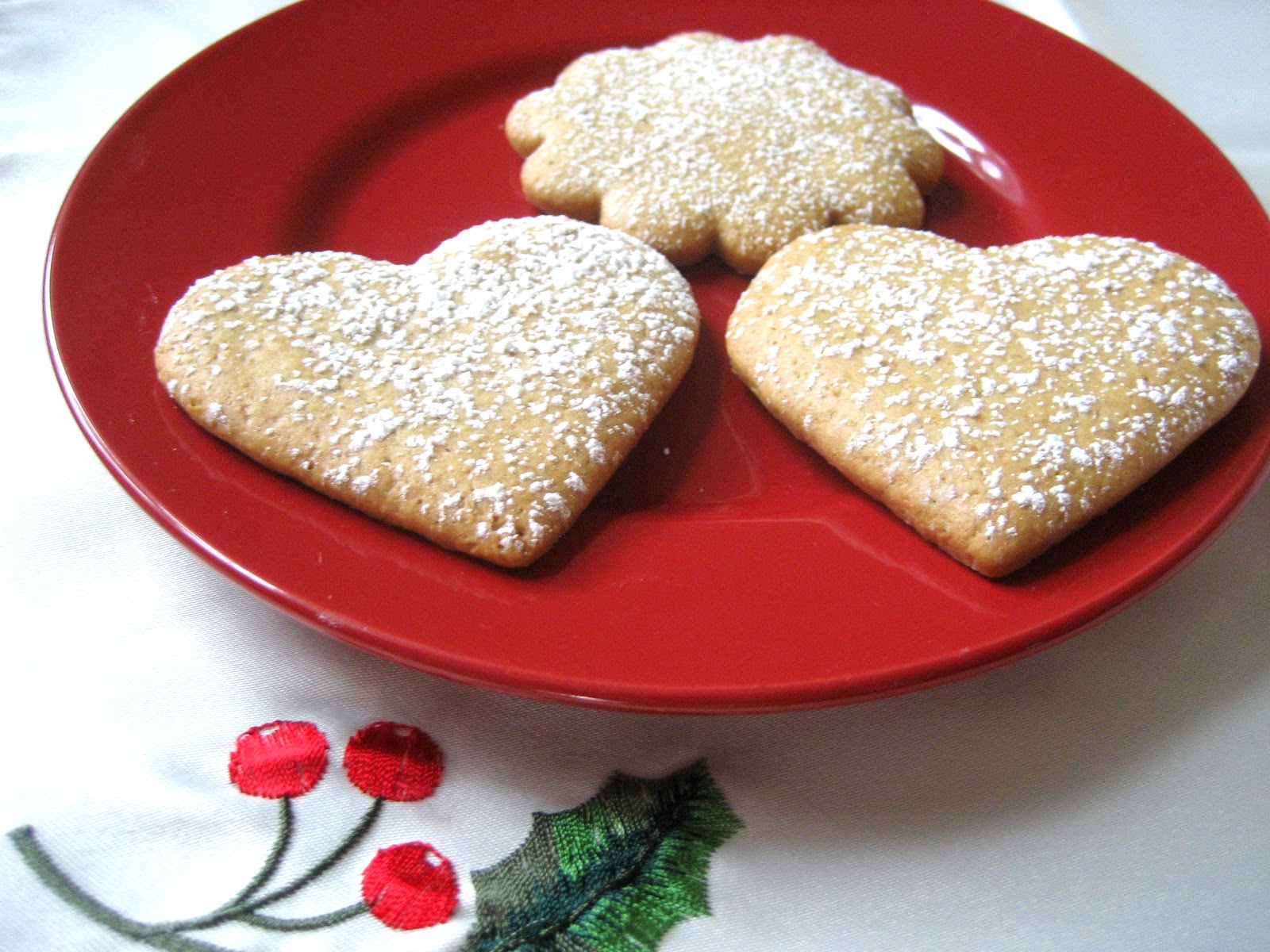 The cookies are quite delicious, and relatively light in butter and sugar, which makes a nice alternative to the decadent treats people often have for the holidays. I think I'll make them for every Saint Nicholas Day from now on, schedule permitting!