Note: This post was originally published on the Sparrow Tree Square blog on November 9, 2012. It's one of a batch of posts that I'm moving here to my personal blog, where they better fit.

I love to read and I love to knit, so of course I'm a huge fan of knitting patterns that take their inspiration from books and their film adaptations. Over the years I've developed a small collection of literary-themed knitting pattern books and and magazines, so I thought I'd share my finds for other nerdy knitters: 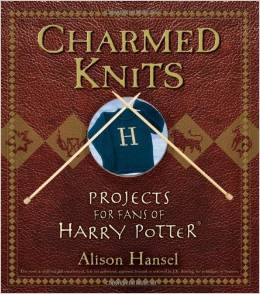 In the process of researching this post I discovered that this pattern book, released in 2007, is now out of print. That surprises me, since I can't imagine any crafty Harry Potter fan who wouldn't want to add this book to their collection. I've read many anecdotes online from fans who learned to knit specifically to recreate some of the items described in the books or seen in the movies, like the striped scarves worn by Hogwarts students or the monogrammed sweaters Mrs. Weasley makes for her family and Harry each Christmas. This book offers simple instructions for these items and more, and conjures up entirely new knits inspired by J. K. Rowling's wizarding world. If you or someone in your life is a Harry Potter fan who likes to knit or wants to learn how, I highly recommend seeking out a copy of Charmed Knits.


Vampire Knits: Projects to Keep You Knitting from Twilight to Dawn by Genevieve Miller 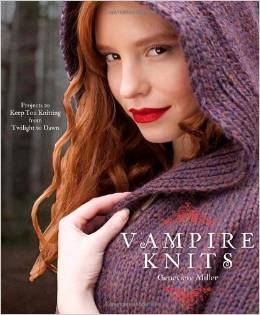 In the fall of 2011 I took a course on vampires in literature for college, and I learned a lot about this now wildly-popular genre. Since then I've developed a sort of guilty fondness for vampire books, movies, and television shows, but that wasn't the main reason I asked for a copy of Vampire Knits for Christmas. I spotted the book while taking my literature course and browsed through it for fun, but I was surprised to find how beautiful and versatile the patterns are. Most aren't "vampy" or "gothic" but rather vintage-inspired and full of classic touches like cables and lace. I've made several patterns from this book including mittens, fingerless gloves, and cowls, and all worked up beautifully and easily. This is a great pick for the vampire fan in your life as well as for intermediate- to advanced-level knitters who have a young, feminine style. The author has also recently published the fairy tale-themed Once Upon a Knit, which appears to have a similar style. 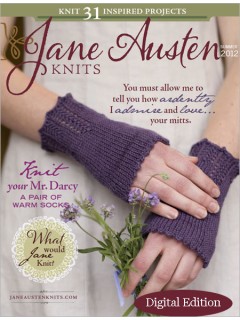 Interweave Press has released several special issues of Jane Austen Knits in digital magazine format. I have the Summer 2012 edition, and I just love the delicate, lace-y designs inspired by English Regency styles. The patterns are mostly advanced-level, and often use charts for the lace designs, but some of the projects are easy enough for beginner and intermediate knitters like the lace shawl I made last year. There are six Jane Austen Knits collections to choose from, including a "best-of" compilation, but I particularly recommend the Summer 2012 installment since patterns for lightweight knits for spring and summer can be difficult to find.