Note: I researched and purchased the product described in this review on my own. I was not contacted or compensated by the manufacturer in any way.

I very rarely wear nail polish on my fingernails, but during sandal season I like to polish my toenails to give them a prettier appearance. As a teenager I would buy nail polish brands that were at least free of some of the worst chemicals, but any solvent-based nail polish still smells strong enough to give me a headache and contains chemicals that I'd rather not have near my skin. So, a couple of years ago I began researching water-based nail polishes and decided to try Honeybee Gardens WaterColors Nail Enamel. 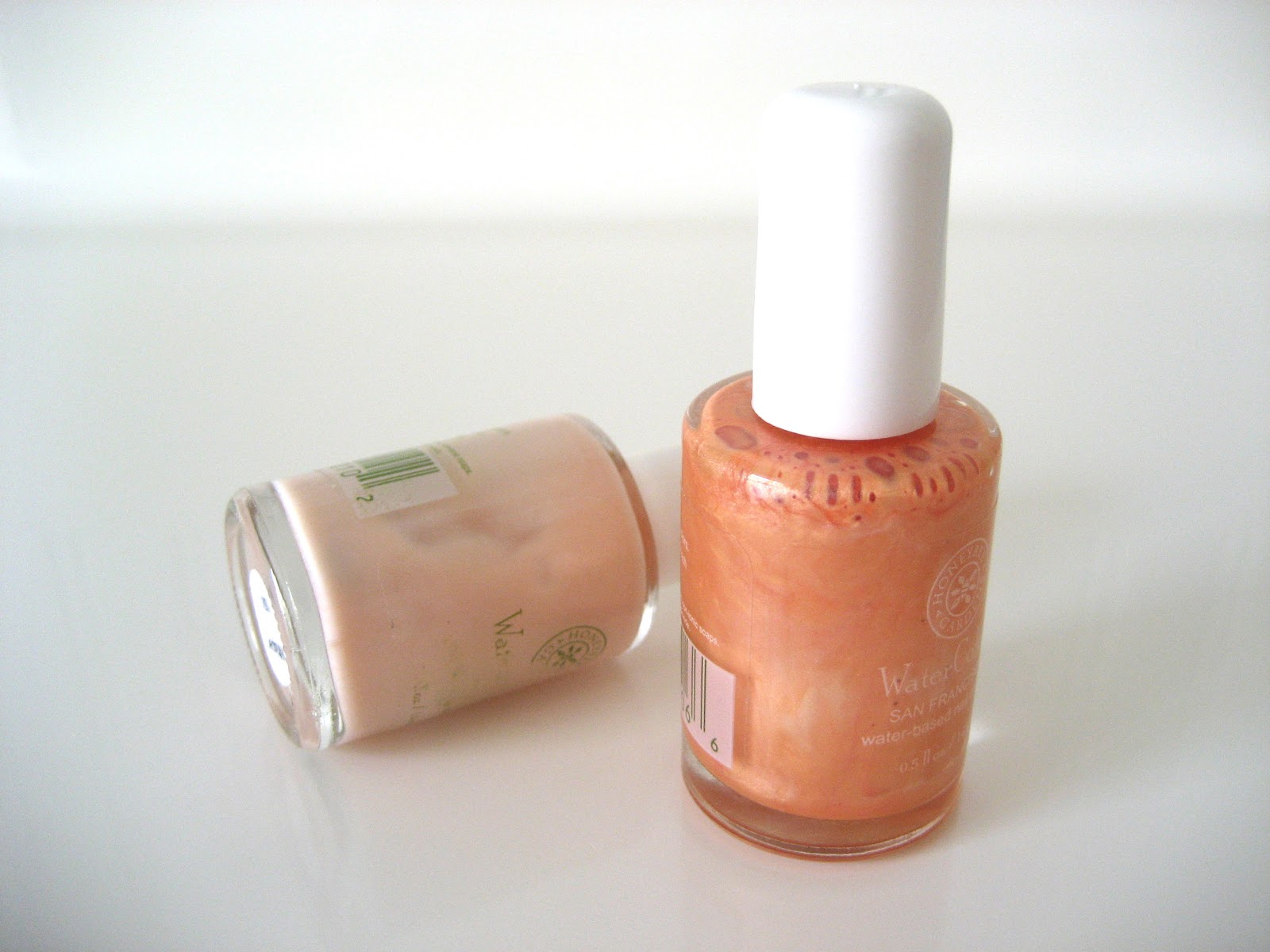 So far I've tried two shades, Whisper and San Francisco. I tend to like soft colors for my nails, so I tried Whisper, a sheer pink, first. While it did impart a lot of shine and some extra healthy pink color to my nails, it's so sheer that the white part of my nails was still clearly visible after three coats. I've also found that the color tends to yellow if left on the nail for a long time, and water-based polish does tend to stay on the nail longer than traditional formulas (more on that later).

Since I wanted a more opaque look, I tried San Francisco, billed as a peach frost, next. The color is rich and lovely, but to me is more of a copper than a peach. It's a little brighter than what I was looking for, so I may try a more neutral shade next time. I swatched both on watercolor paper, since I don't have one of those nail color wheels that beauty gurus use: 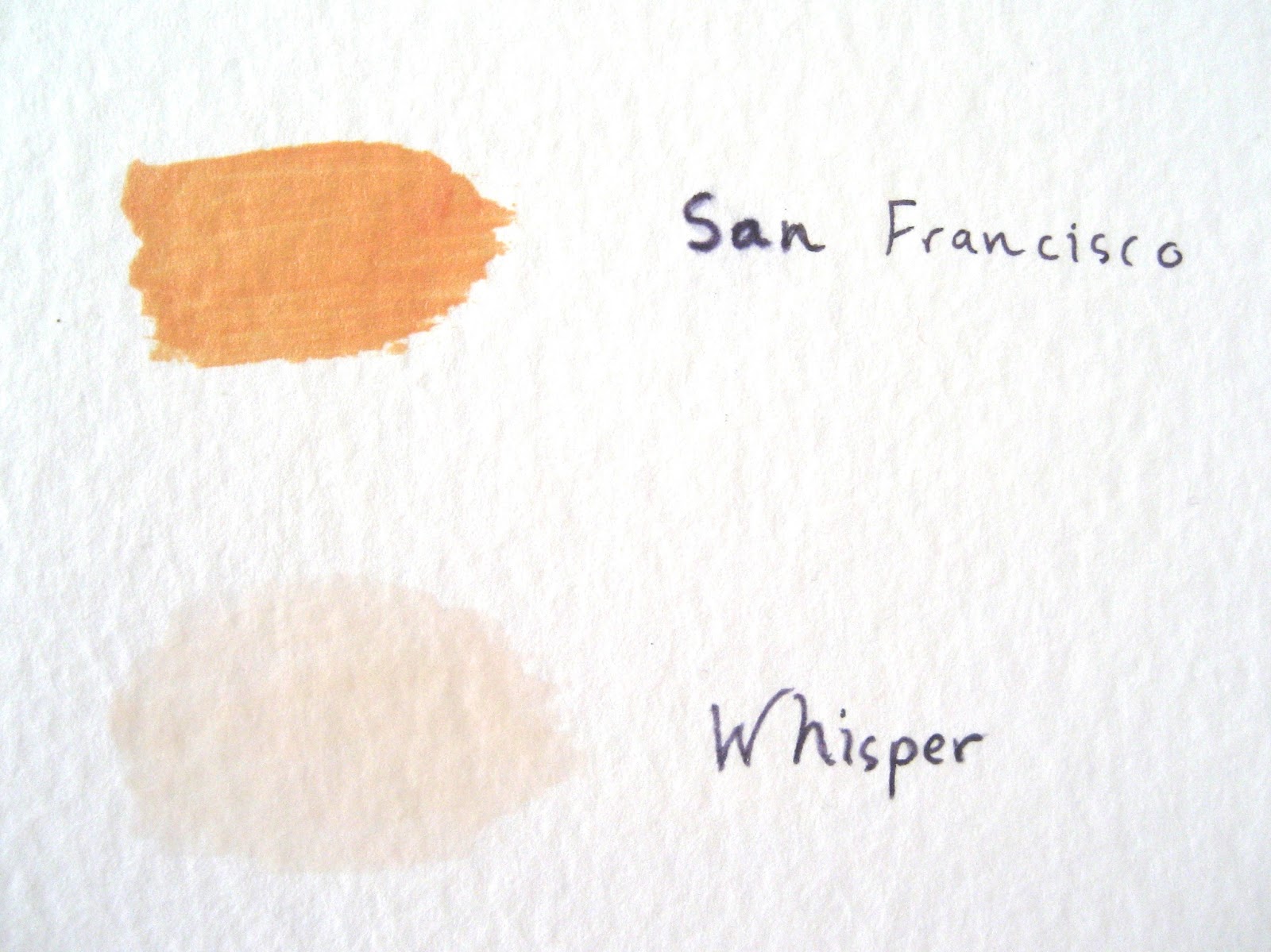 Using Honeybee Gardens polish is a much pleasanter experience than using traditional nail polish. The Honeybee Gardens formula smells a bit like acrylic craft paint when in use, but only when working closely with it--after I've replaced the cap on the bottle and my nails are drying, I can't detect any odor from the polish at all. The polish goes on smoothly, seems to dry faster than the traditional polishes I've used, and overall is of very good quality. I've also found it to be much more durable than traditional nail polish, as water-based formulas become stronger the longer they cure. I typically paint my nails before bed and let the polish cure overnight, and I've never had any chips or scratches using this method.

If you're looking for a nail polish that's healthier and more enjoyable to use than traditional solvent-based polish, I highly recommend Honeybee Gardens WaterColors. It's just as easy to apply and has just as nice a finish as traditional nail polish, but doesn't have the odor and toxic chemicals of a solvent-based formula. In my opinion any little extra effort it takes to remove the polish is more than outweighed by the benefits of using a water-based formula, so give it a try and see what you think!