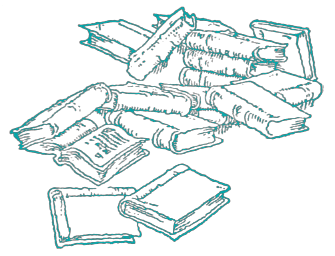 I had a very nice birthday this year, and was lucky enough to receive some very nice presents from my family. I had hinted that I was running low on books, so they kindly stocked me with enough to make it to summer or later. I started on my new stack right away, beginning with Dover Publication's Humorous American Short Stories collection as it contains many authors who will be covered on the American Literature CLEP exam I'll be taking next month:

Also in the humorous vein is Some Experiences of an Irish R. M. by E. O. Somerville and Martin Ross. It's the first in a trilogy of a books that inspired a popular television series titled The Irish R. M, which I'm looking forward to watching after reading the book:

My favorite humor writer is P. G. Wodehouse, so I was very happy to receive Pearls, Girls, and Monty Bodkin from Overlook Press' Collectors' Wodehouse line. It's something of a sequel to The Luck of the Bodkins, which I read quite a while ago, but Pearls was out of print until this lovely edition was put out last year:

As those familiar with Sparrow Tree Square know, I love children's literature, especially of the vintage variety. My family found three wonderfully vintage children's titles for me this birthday, including Freddy Goes to Florida by Walter R. Brooks. The Freddy series has been reprinted by Overlook Press, who do a wonderful job at bringing back old classics:

The other two children's books I received were both tie-ins to popular series. The Winnie the Pooh Cookbook by Virginia Ellison is adorable, and looks like it actually has some good recipes in it. My sister also got me The Nancy Drew Sleuth Book, which contains mystery stories and mystery-solving tips from Nancy's Detective Club. Both books are in nice hardcover formats, and both make wonderful additions to my growing Winnie the Pooh and Nancy Drew specialty book collections:

My biggest present this year was fraught with some mishaps, but all worked out in the end. My family chose a hardcover set of the Mary Poppins series with their original cover art, but unfortunately three of the four books contained flimsy, gray-toned paper usually seen in cheap paperbacks. We wrote to the publisher, Harcourt, who informed us that one of the binderies must be using different paper and that they had passed our complaint along to the appropriate department. Since there was no way to tell which kind of paper we'd get if we reordered the books, we opted to return them. My family very nicely got a set of the first four Blandings novels from the Collectors' Wodehouse line to replace them, but this time Amazon sent them damaged! I was glad that we managed to get clean, undamaged copies from Books-a-million, since the early Blandings books are my favorites by Wodehouse and I love the Collectors' Wodehouse editions:

I'm so appreciative of the gifts my family gave me this birthday, and I think that the light, breezy, and humorous tone of these books makes them the perfect reading for late spring and early summer.