Last summer was difficult for the garden--high temperatures and violent storms early in the season created a somewhat hostile environment for our annual flowers. This year has been beautifully mild and often rainy, which on the whole has been beneficial for the garden. I'm especially pleased that it's been a good gardening season since we added three new beds to our front yard, allowing us to plant more flowers than ever before!

This season was not without its troubles, though. First of all, the impatiens crop this year was struck with downy mildew, leading garden centers to pull them from their stock. We usually have impatiens of some kind in the garden, so this forced us a little outside of our gardening comfort zone. Our second big disaster an early attack of slugs on our potted petunias, most likely fueled by the cool, damp weather. I tried some home remedies but none of them worked, and the pests actually devoured every flower, bud, and leaf down to the base of each plant. The petunias went to seed only a week or so after planting, with pods forming at the base of the plant since there were no flowers, something I've never seen happen. I was bitterly disappointed, but luckily we snagged some deep pink vinca at the local supermarket for a replacement: 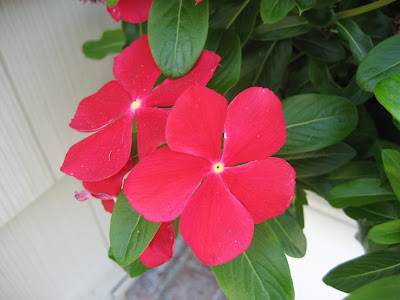 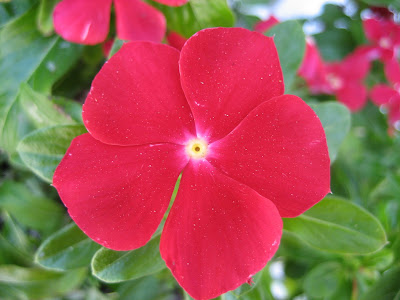 We also had to replace some yellow double begonias very late in the season. We had tried these last year with mixed results: one shriveled and died and the other flourished after being moved to the back yard. None of the three plants we tried in one of our new front beds survived, so we replaced them with a flower new to us, bidens. These shrubby plants with yellow flowers took right away and have filled out the empty space nicely: 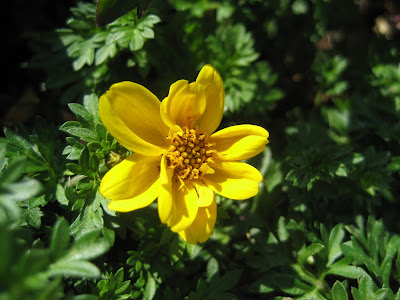 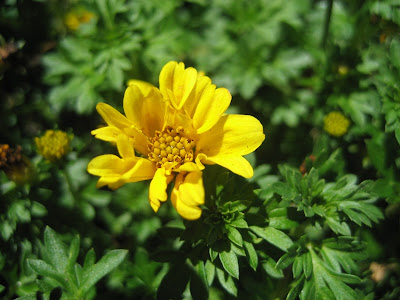 In the same bed with the bidens, we planted torenia. We had torenia in pots many years ago and found it not too fussy, and for the most part it grew well in the bed. We planted it in a corner that doesn't get shade until late afternoon, so on a couple of really hot days it did wilt. I also accidentally got some undissolved Miracle-Gro crystals on one and burned about a third of the foliage. It's growing back, though, and the other plants are quite vigorous: 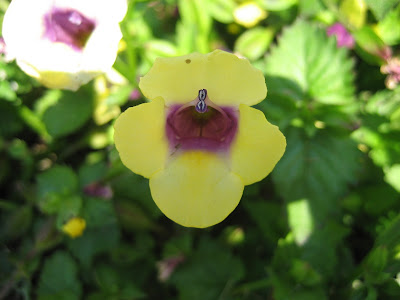 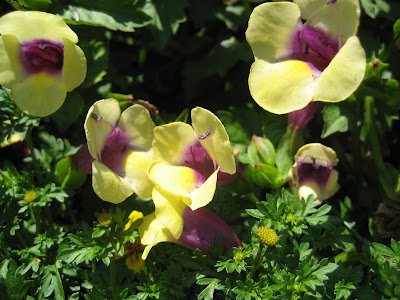 In our other new beds, flanking the front door, we planted Mexican heather. This is another plant we had a few years ago, and it was just as successful this year as it was before: 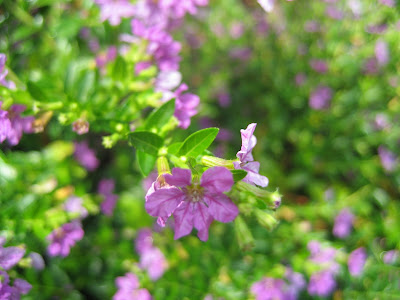 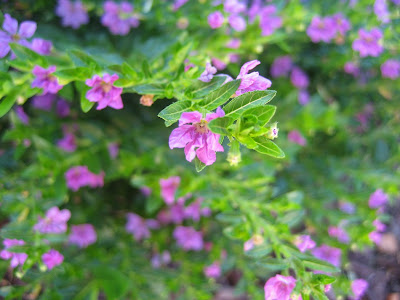 Adding new beds for flowers gave us the opportunity to do something a little different with the space we have in the front of our shrubbery bed. We went with hypoestes, a plant that produces no flowers but has foliage in pastel pink and green: 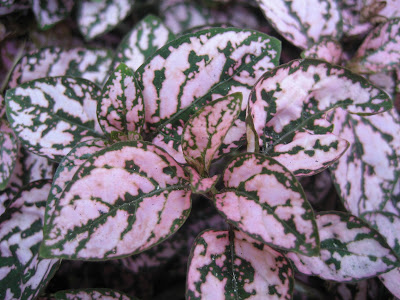 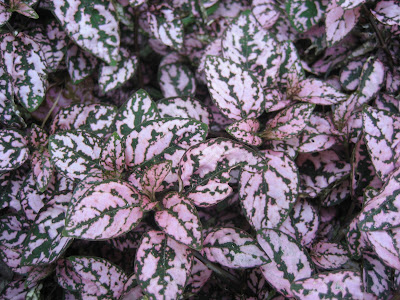 I've saved my favorite flower of this season's garden for last: the miniature snapdragons we planted in pots on the front step. We had yellow mini snapdragons many years ago, but the multicolor variety we had this year was just gorgeous, and so easy to care for: 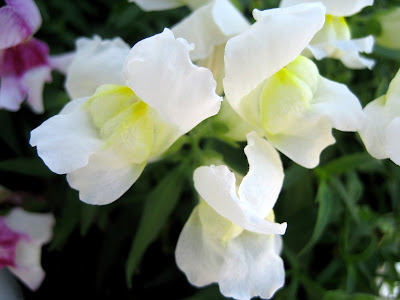 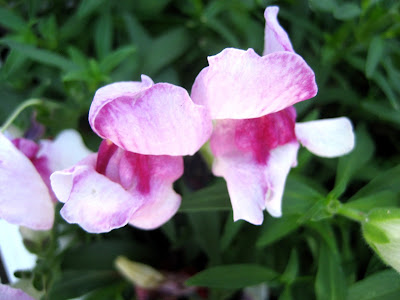 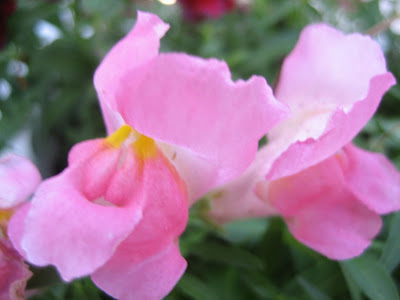 Usually we take out our annual flowers shortly after Labor Day and replace them with fall flowers like mums, asters, and pansies. By September annual flowers can get a little scraggly looking, but since everything is doing so well this year we're planning on leaving the annuals as late into autumn as possible. We'll most likely replace the vinca, which has a rather tropical look, with something like pansies, but everything else will stay until the first frost!