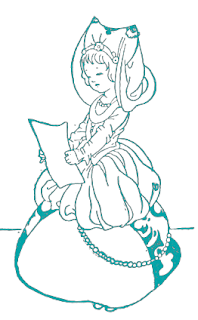 Other than with blogging, which I took to pretty enthusiastically, I've been a reluctant user of social media. I'm always behind the times in joining a new social media service, and I usually do so only after avoiding it for some time. For instance, I got a Facebook account in college only after some of my new classmates tried to friend another girl in my area with the same name, thinking that she was me. I only just made a personal Twitter account this year, even though I had been checking the individual Twitter profile pages of some of my favorite accounts for months. Around the same time I also made a YouTube account so I could subscribe to my favorite channels, instead of checking them individually as I had been doing for over a year.

Last night I started a Tumblr account, since I've been enjoying other people's Tumblrs (tumblogs?) recently. I don't really know what I'm doing there since much of Tumblr still confuses me, but I'm giving it a go anyway. It's vaguely related to this blog in that it's called "That Sort" and features a hodgepodge of things that I like, so if you enjoy my posts here you may want to follow me there. I've added a button in the sidebar for easy access--it's the dark blue one with the "t" in the middle.

I'm interested to see how I take to Tumblr. So far, I've found that I like Twitter better than Facebook, and although it's only been a day I think I like Tumblr better than Pinterest. I want to like Pinterest, since it's creativity-oriented and I'm a creative person, but so far I haven't really gotten much involved with it. Maybe I just need to lurk around there for awhile before trying to post myself--that seems to have worked with all of the other social sites I use!