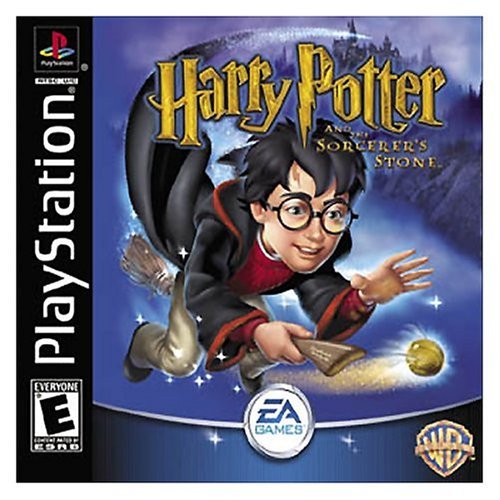 When I was eleven, my sister and I received a Playstation and a dedicated television for it as our big Christmas gift from our parents. They also gave us an assortment of games, but the one that utterly captivated me was the video game version of Harry Potter and the Sorceror's Stone. I'm sure that by today's standards the graphics were incredibly crude, but to me playing this game was like being transported to Hogwarts. It was great for me that the game allowed you to play and explore at your own pace, since I tended to get stuck on many of the tasks required to progress. Playing together with Maureen helped, though, since we each had different strengths and weaknesses. For instance, Maureen used to navigate Harry across a series of cauldrons floating in some kind of toxic substance, while I raced Peeves the Poltergeist across slippery, inclined attic beams.

Since we weren't the most experienced gamers, it took us from just after Christmas until summer to make it through the game. When we at last arrived at Harry and Voldemort's confrontation, it was both thrilling and terrifying. It was touch-and-go at times trying to beat the evil Dark Lord, but somehow we succeeded in the first try. Victory was sweet, but it was immensely frustrating to me at the time that winning the game did not open the mysterious broom cupboard that had remained locked throughout the game.

We got the Playstation version of Chamber of Secrets the next Christmas, but somehow I didn't take to it as much as I did Sorceror's Stone. I moved on to play other games instead, and eventually transferred my gaming obsession to the Nancy Drew series of PC games by Her Interactive. After discovering them, my interest in the Playstation waned, and eventually we sold it or gave it away. I still have our Nancy Drew games, though, and occasionally play through an old favorite like The Curse of Blackmoor Manor.