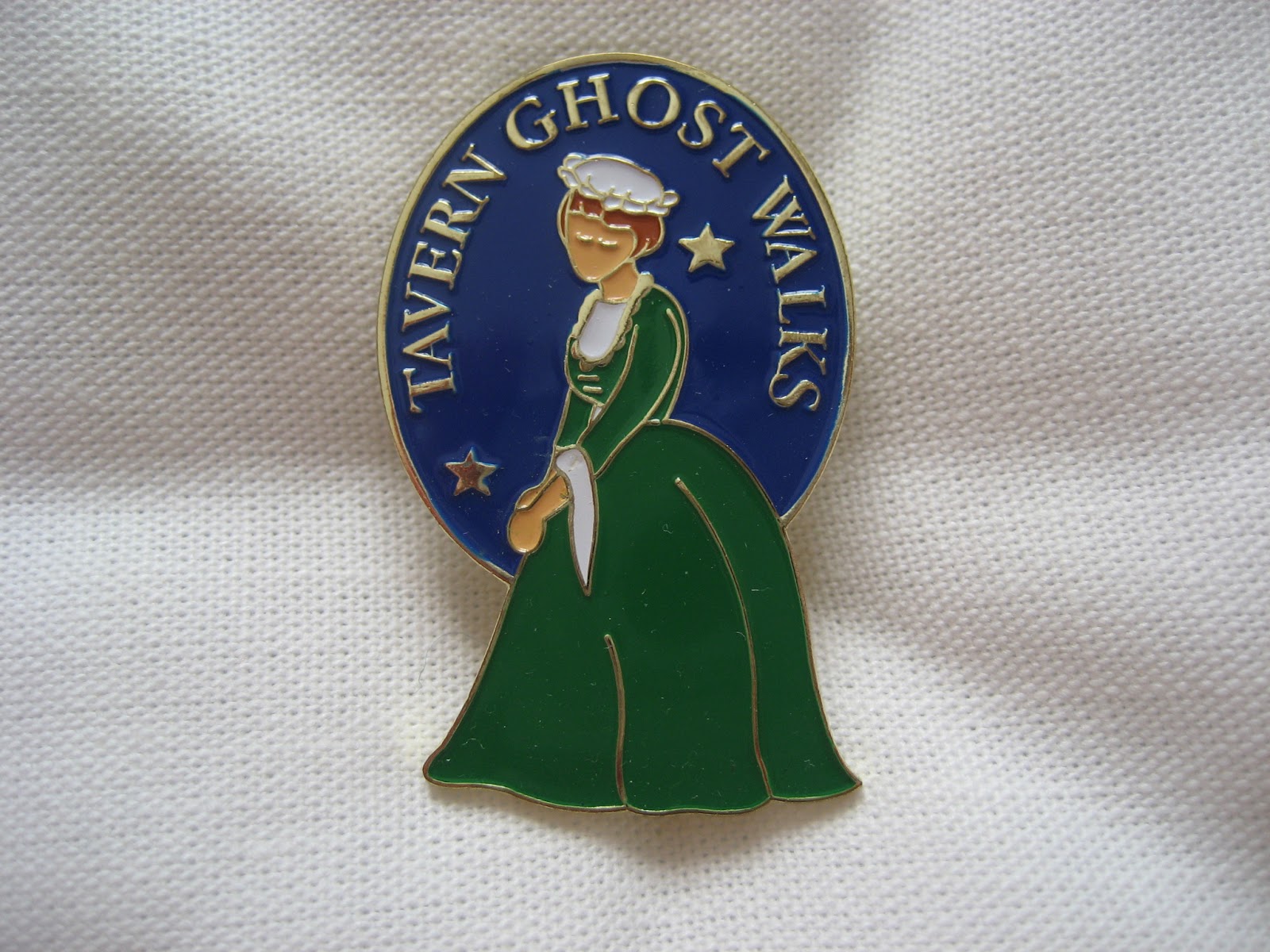 I was going to start this post by discussing some of the creepy experiences I've had in my own house and in houses belonging to relatives, but there actually turned out to be too many ghostly happenings to include in just one post! I'm not sure why my family seems to attract so many supernatural incidents, but perhaps it would be something interesting to talk about in more detail another time.

For now, I'll talk a little bit about the haunted houses I saw on my second trip to Colonial Williamsburg. For those unfamiliar, Colonial Williamsburg is a living history museum in Williamsburg, Virginia. The town has been restored to what it looked like in the eighteenth century, and is the site of all kinds of educational and entertainment programming. My family and I first visited Colonial Williamsburg when I was about ten years old, and just my parents and I returned for a brief second stay during a college trip when I was eighteen.

We only stayed in Williamsburg for a couple of days the second time, so we focused on seeing what was new since our first visit. One night we had dinner at Shield's Tavern, which hadn't been open the last time we were in Williamsburg. It was late by the time we arrived at the restaurant, and the main dining room on the first floor was full. The hostess seated us and one or two other parties in a small dining room on the second floor, which had only about half a dozen or so tables. The room was lit by candlelight, like all of Williamsburg's historic taverns, but since there were so few tables with candles it was very dark.

Over the course of our meal a sever would occasionally pop in and check on us, and tell us some interesting facts about the tavern. After dessert, our server revealed that the tavern was reputedly haunted. Apparently the ghost of a woman wearing a green gown had been seen many times in the tavern, and the second floor where we sat was where she was seen most often.

The following night we also took the official Tavern Ghost Walk and heard the story of the Green Gowned Ghost again, as well as other ghost stories from Colonial Williamsburg. I also earned a collectible pin badge, which you can at the top of this post!