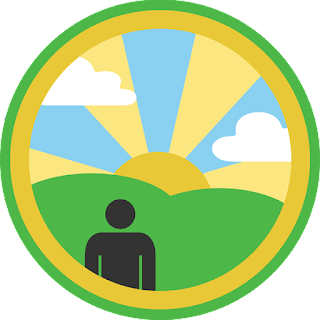 I've seen quite a few sunrises over the years, and I can't recall the first time I ever saw one. Because I'm naturally a mid-morning riser, most of the times I've seen the sun coming up were one-off instances where I happened to be up extra early (or extra late once or twice) for some reason.

However, when I started college at Villanova University, I began seeing sunrises on a much more regular basis. I applied as a commuting student to save money on room and board, and when I was admitted I was awarded a Commuter Scholarship that required me to commute for at least one year in order to retain the award for all four years of school. My family home is in New Jersey and Villanova is in Pennsylvania, so when I applied I had intended to live off-campus with relatives in Pennsylvania should I be accepted and should I choose to enroll. Those plans got delayed, though, and I wound up commuting from New Jersey with my father every morning for all of my first semester and part of my second.

My dad works in construction in and around Philadelphia, and his jobs typically require him to be on-site early in the morning. That meant that we had to leave our house in New Jersey before dawn in order for him to be able to take me to campus and get to his own job on time. It was often still dark by the time my dad dropped me off at Falvey Memorial Library's 24-hour study lounge, where I would wait and try to get some work done until the main library and the rest of the college buildings opened at 8:00 AM. The study lounge had a bank of windows that faced east, and on clear mornings I would watch the vista blaze in pinks and oranges as the sun rose. Even though my commute made me very tired, I did like having such a peaceful and beautiful start to my busy college days.

Sidenote: I'm really enjoying Lifescouts so far, but I do wish that they would release more badges for things that don't involve travel or sports/extreme sports. Perhaps more languages, and cultural things like reading an important literary work or having seen a painting by a particular renowned artist in person? I doubt that Alex or anyone else from Lifescouts is reading this, but I just thought I'd share my opinion anyway!